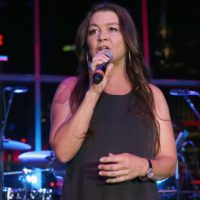 Terry Wyatt/Getty Images for IEBAGretchen Wilson is expected in court on Wednesday, after being arrested for causing a “minor disturbance” on a plane on Tuesday, according to People.

When Connecticut State Police interviewed the 2005 CMA Female Vocalist of the Year at Bradley International Airport, she allegedly “became belligerent” and “caused a disturbance.” The 45-year-old was then taken into custody for breach of peace.

The “Redneck Woman” hitmaker was reportedly traveling to the area for a Wednesday performance at the Mohegan Sun casino in Uncasville, CT.