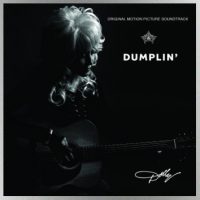 In the film, Australian actress Danielle Macdonald plays Dumplin’, a young girl who draws her inspiration from Dolly’s music, as she rebels against the beauty-pageant culture embraced by her mother, played by Jennifer Aniston.

Dolly made the announcement about the premiere on her socials Friday morning.

“Watch out world!” Dolly commented, along with a picture of the movie’s artwork. “Willowdean is pageant-ready and taking no prisoners. Based on Julie Murphy’s sweetly inspiring novel and featuring some of my original music, watch DUMPLIN’ coming to Netflix December 7th.”

You can stream or download the new track “Girl in the Movies” now, which has already been nominated for Best Original Song from a Feature Film at the Hollywood Music in Media Awards.