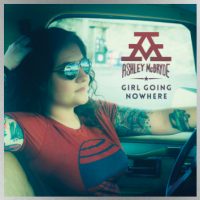 “I’m stunned and humbled and just blown away,” she shared on Twitter. “And I’m honored to be alongside artists I admire so much.”

“When other girls my age were planning their dream weddings, I dreamt of a GRAMMY nomination,” she added. “I don’t even need to win. Five-year-old me and teenage me are both satisfied as of now.”

The album’s title track — which has already been covered by Garth Brooks — is the record’s new single.