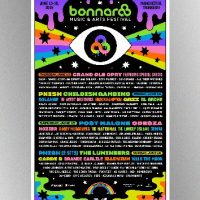 The two — who’ve both been on major pop tours in the past year — are set to play the annual Music & Arts Festival, which takes place June 13-16 in Manchester, Tennessee, about an hour outside of Nashville.

Maren and Kacey will both play sets on Saturday, June 15. Kacey’s husband, Ruston Kelly, is booked that same day as well.

More country favorites will also make the pilgrimage to Bonnaroo on Thursday, June 13: The Grand Ole Opry is returning to the predominantly rock, pop and rap festival for the second year in a row.

Tickets for Bonnaroo go on sale Thursday. Though the yearly music festival often takes place the same weekend as CMA Fest, in 2019, that’s not the case. CMA Fest takes over Nashville’s Nissan Stadium a week earlier, from June 6-9.