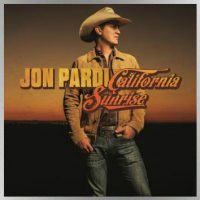 The record, which came out in June of 2016, boasts his current top fifteen hit, “Night Shift,” his previous release “She Ain’t In It,” and three number ones: “Head over Boots,” “Dirt on My Boots,” and “Heartache on the Dance Floor.”

California Sunrise is Jon’s first platinum album, though all three of its number ones have previously reached that milestone as well.

In April, Jon heads Down Under for a five-show tour of Australia, before re-joining Dierks at the end of May.