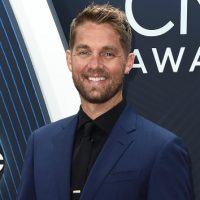 “I saw this giant guy and it was Brett,” Gavin tells Haute Living. “He asked me about music and said he had been to my show earlier that night and wanted to play music for a living.”

The two kept in touch, even as Brett moved from his native California to pursue his dreams in Music City.

Fast forward to Brett’s sophomore album, Ticket to L.A., and the pair now has a song together.

“Brett said he wanted to write something with me,” Gavin explains. “He didn’t want it to be a love song… so [we] wrote a song about Brett’s life. I sing the last verse and we go out together at the end and do a ‘bro-et,’ the male version of a duet,” he jokes.

You can bet “Chapters” will be one of the songs Brett and Gavin will do March 22, as they co-headline a show at The Joint at Hard Rock in Las Vegas.

“If you’re doing something for the first time, Vegas is just a great experimental city to do it in,” Gavin says. “I feel like we are all in the right place in our lives and seeing each other’s dreams come true. I am just so happy for him… He wanted this so bad to happen. It’s a beautiful life moment.”