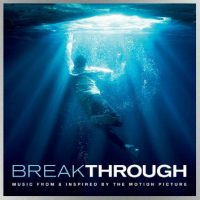 Mercury NashvilleCarrie Underwood’s current top fifteen hit, “Love Wins” is featured on the soundtrack of the new inspirational film, Breakthrough, which stars This Is Us actress Chrissy Metz.

Metz herself performs “I’m Standing with You,” a song written by legendary composer Diane Warren.

In the film, the actress plays a mother who refuses to give up hope after her son experiences a life-threatening accident on the ice.

The Breakthrough soundtrack comes out April 5, ahead of the movie’s April 17 release. You can check out the trailer on YouTube now.

Here’s the complete track listing for the album: