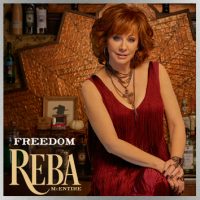 Big MachineReba McEntire has described her new album, Stronger Than the Truth, as a return to the kind of old-school, traditional country she loves.  Now, in a new interview, the Country Music Hall of Famer says she hopes that’s exactly where the genre is headed: back to its roots, and away from the much-criticized — and also very popular — “bro country.”

“I think it’s kinda going away from that a little bit,” she tells PBS NewsHour. “I would really like it to get back to the real strong country, the country of Merle Haggard, Conway Twitty, Ronnie Milsap, Mel Tillis. I miss that kind of country.”

Reba’s new single, “Freedom,” is a step in that direction. She’s set to perform it Sunday, April 7, as she hosts the ACM Awards for the sixteenth time on CBS.

The full Stronger Than the Truth record comes out the previous Friday, April 5.