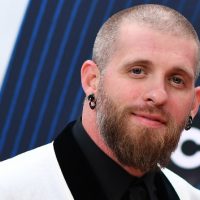 The inaugural voyage of Brantley’s Kick It in the Ship cruise sold out in 2018. This year, he, his fans and his pals will sail from Miami, Florida to Cozumel, Mexico from November 4-8 aboard the Norwegian Pearl.

You can find out more at BrantleyGilbertCruise.com.

Meanwhile, ahead of Father’s Day on Sunday, Brantley just released a new song he wrote about being a dad, titled “Man That Hung the Moon.”

“We had actually just found out that we were pregnant with our second, a baby girl due this September, the day I wrote this song,” he recalls. “I sat down to write them a letter, but I’m a songwriter first, so I ended up with this song.”

“Man That Hung the Moon” is from Brantley’s forthcoming fifth album. So far, he hasn’t revealed its title or release date.