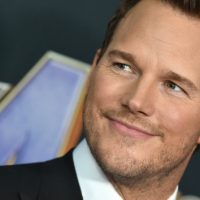 Axelle/Bauer-Griffin/FilmMagicChris Pratt is getting in touch with his country side.

The Guardians of the Galaxy starr made a surprise appearance at two iconic music venues in Nashville Thursday night and hit the stage to sing some country tunes.

Pratt hit up Robert’s Western World in downtown Nashville sometime after 11:30 p.m. and performed a rendition of Johnny Cash’s “Folsom Prison Blues.” He also stopped in at Tootsie’s World Famous Orchid Lounge, where he got on stage with the band to sing some more songs.

At both places, fans took to social media to post their surprise and delight over his impromptu performances.
Nashville-based country singer Sarah Gayle Meech, who was performing at Robert’s Western World when Pratt showed up, posted a photo with him on Instagram.

“When Chris Pratt shows up at your show @robertswesternworld to sing Johnny Cash,” she captioned it. “You never know who will show up at Robert’s Western World… Thank you @prattprattpratt you made our night!”

Tootsie’s also posted about the appearance on their Instagram, writing, “You never know who you may see at Tootsie’s. It was great to see you last night @prattprattpratt!”