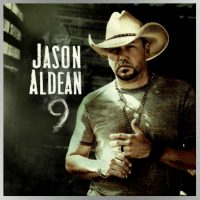 Broken BowIt’s the time of year when lots of us are trying to stick to resolutions to lose weight and get in better shape. But if you’ve seen Jason Aldean lately, you’ve probably noticed he’s already looking pretty fit, thanks to some changes he made in 2019.

The ACM Entertainer of the Decade kicked off his restart with a ninety-minute meeting with a nutritionist.

“Being on the road, you just fall into this groove of just eatin’ like crap all the time…” Jason explains, “[Eating] at the wrong time of day… when you come off stage at night. And so I just went and met with the guy.”

The answer led to Jason eating a whole lot more.

“The biggest thing was I didn’t eat enough,” he says. “And I was eatin’ way later than I should’ve. And so, I just worked out a little bit, and started eatin’ way more than I ever did before.”

“All of the sudden, [my] metabolism fired back up,” he continues. “I’ve always been pretty thin and then you start getting close to 40, and all of a sudden it just stops working. For me, I’m back more to [what] my normal size would be now.”

So what DOES Jason eat in a day?

“I’ll get up and eat four eggs in the morning with avocado,” he reveals. “A couple hours later, I’ll eat a protein bar.”

“I’ll eat fish and salmon and broccoli or something for lunch, and another protein bar a couple hours later,” he adds.

He smiles, “A lot of protein, a lot of vegetables, not a lot of carbs and not a lot of sugar. It’s really not rocket science.”