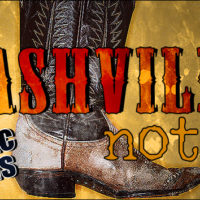 Kip Moore has been announced as the headlining artist for this year’s Lynchburg Music Fest, which is moving to a new venue called Music Hollow, near Lynchburg, Tennessee. The three-day event is scheduled for October 2-4, with a full lineup to be announced soon.

Craig Morgan’s new album, God, Family, Country, arrives on Friday. The project features his powerful grassroots hit from 2019, “The Father, My Son and the Holy Ghost.”

A new tribute to John Prine called Picture Show: A Tribute Celebrating John Prine will air on June 11 on the singer’s YouTube and Facebook channels. The film will feature the legendary singer-songwriter’s family and friends sharing memories of his life. John died of complications of COVID-19 in April.